Can FlowBoard Be A PowerPoint Killer?

I recently caught up with a long-time friend and long-time mobile entrepreneur, Brent Brookler the CEO of FlowBoard, right before they announced their latest round of financing.  What an interesting time to be in the mobile presentation space especially since Microsoft just released an impressive Office for the iPad.  Office is getting rave reviews and is topping the iPhone and iPad charts.

Brent has a real shot at flanking their arch rival big incumbent – the $15 billion Office franchise.  Heck, the former GM of PowerPoint is an investor and advisory Board member.  FlowBoard is revolutionizing how we 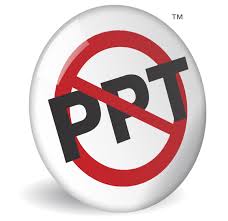 create and communicate – they are building 'touch-first' publishing tools designed for tablets and cross-platform publishing.  In essence, he's taking on Microsoft Powerpoint from a traditional presentation perspective and Keynote which has largely been the standard publishing tool on tablets and smartphones.  Brent has been thinking about mobile before mobile is cool.  I think he's got a shot at being a great challenger brand to PowerPoint.  Especially if he can get a PC or Mac version so that you can really do more powerful creation and leaving the cool touch publishing features to the presenter.

I have personally enjoyed using the product and I wouldn't be surprised if we start to see the new hipster startup CEOs using FlowBoard for company meetings instead of PowerPoint.  I encourage you to download it and try it for yourself.