Nintendo should just give up!

Being a native Washingtonian, I have a soft spot in my heart for Nintendo (their US headquarters are located in Redmond Washington).  Not only did they arguably create the first mass market for casual games, they have continued to create perennial fun and entertaining games.

Reading their latest financial results, with a huge operating loss of $92.7 million (more than double the previous year) as well as a lack of product pipeline to bolster their shrinking console business, made me want to shoot out some thoughts on how they could potentially turn around the proverbial ship. 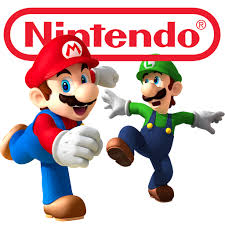 Nintendo continues to remain unwavered by their approach to customer lock-in through their proprietary hardware and software.  Owning the family entertainment room is a fine goal, but it comes with a lot of competition from 'over-the-top' boxes from Google, Apple, and Roku as well as console manufacturers (Microsoft's Xbox and Sony).  I am not advocating for Nintendo to not own the hardware.  Rather, they should build a flanker strategy that embraces the tablet-style gameplay that has exploded on iOS and Android.  Heck, Amazon didn't build its own operating system, they leveraged (and forked the code) from Android in order to leverage the huge population of Android app developers.  Nintendo built their own version of their tablet that a) has a non-standard gaming metaphor that tablet gamers are used to and b) have not thought about how to embrace third party developers (aka developers outside of Nintendo's wonderful franchise).  They built a weird, single purpose device that doesn't provide utility to move consumers away from their current mobile gaming experiences.

What would I do?  Here are some ideas:

Conclusion.  Give up on the WiiU and build a kickass gaming tablet.  Consumers love you Nintendo.  We are rooting for you.